Working Families � Public Transportation: "We need massive new investment to meet the demands of a growing city, but city and state aid for the MTA hasn’t kept up.

Now, faced with looming budget deficits, the MTA is talking about raising fares again, further driving up the cost of living in a city working people already can’t afford.

We need a transit system that’s affordable and reliable. But without increased state and city aid, more fare hikes are inevitable."
at 4:59 AM No comments: 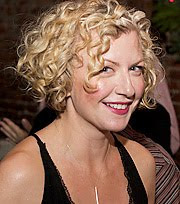 Streetsblog New York City � NYPD Let Witnesses Leave Scene of Fatal Fort Greene Crash: "Aileen McKay-Dalton
The NYPD failed to follow up with at least one key witness in its investigation of the crash that killed Aileen McKay-Dalton earlier this month, according to a woman who saw the collision and stayed at the scene."

This is heart-breaking. But, let's face it. We don't care. Why do we blame the police? This is not a problem of individual accountability. It is a system problem. Saying otherwise is to prolong the agony. We have let this monster, private auto traffic, grow and kill... and we have done little or nothing. Now, you CAN do something. Join the international campaign for free public transit. Let's get rid of this killer once and for all.
at 6:09 PM No comments:

Pump price doesn’t cover gasoline cost / LJWorld.com: "That means the gasoline you’re buying at the pump is — stick with me here — too cheap. The price you pay is less than the product’s true cost. A lot less, actually. And it’s not just catastrophic spills and dramatic disruptions in the Middle East that add to the price. Gasoline has so many hidden costs that there’s a cottage industry devoted to tallying them up. At least the ones that can be tallied up."
at 9:25 PM No comments:

Pollution Free Cities: "Key Quotes:
“I would have mass transit be given away for nothing and charge an awful lot for bringing an automobile into the city.” (Michael Bloomberg, Mayor New York City)
“in 2000 the government subsidy to each private vehicle owner was about $5,378 in Canadian dollars. In that year, the average cost of providing each trip taken by transit in Vancouver was approximately $5. The equivalent subsidy for transit users would have been 1,075 free trips’
“Revenue for any system drops when ridership dips or when fares are increased.. the Simpson-Curtain rule.. It drops 3.8 per cent for every 10 per cent increase in fares, researchers have found.”
“public transport .. an essential public service, and as such, like health and education, should be paid for out of general taxation.”
“72% of people interviewed in a recent survey said they would not give up their car until they could use public transport without charge (UK survey)”"
at 10:34 AM No comments: